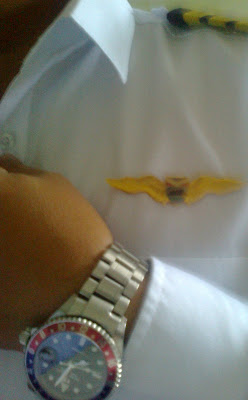 In about 6 days, I will be leaving Kota Kinabalu for the second time in my life. The first was when I was being handed over to yet another auntie for guardianship at the age of 16. This time, though, the election is self-motivated.
Though My Heart Quiver was penned after many weeks of restlessness, my sleeping hours pursued by a ghostly presence, of what I wasn't sure. It was only when I was flying back from Sandakan after my week-long detachment there that it began to form a discernible picture. I realised that as I kept flying with my heart in my mouth each time I encountered enroute weather and used my airmanship to cross the ranges as judiciously as I could, that this was not the way to fly.
I should enjoy going up in the air. I wasn't feeling that here. I kept getting the creepy feeling that at anytime this aircraft was going to take me to my death. I had flown the Nuri for a good 15 years now, and with all the derogatory names the media and civilian public had for her, I always felt safe flying her. I may not have always been in safe situations, but I knew that whatever happenned, by handling her correctly, I could overcome the hazards and remain in control. 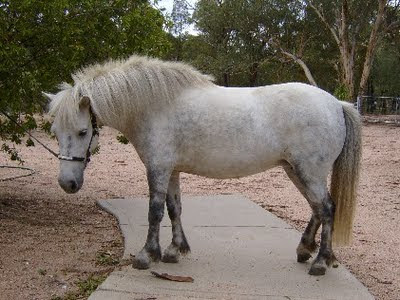 Flying for the filming crew of Gerimis Mengundang drove the fact home that in general aviation, I would keep getting placed in situations that run against my aviator's better sense whilst satisfying the dictates of the clients' hire.
But God has been kind enough to me to have dragged me through 15 years in service life in gaining a marketable trade, and therefore I had choices when faced with this discomfort. I have been called by all the Malaysian offshore companies and I have settled for one, since they said yes to me immediately, that also because they were the first company I called.
I attended the ground school two weeks ago. I have tied up all loose ends in the current company and completed my clearance. My digital satellite receiver connection has been suspended till I reconnect in Kerteh. The phone and internet line will be terminated shortly. My personal effects were packed and taken away by the forwarders on Friday. I now sit in an empty apartment waiting for the prearranged dates to hand over the car to Transmile so that it can be flown to Subang, reducing the waiting time to a few days insted of a minimum of three weeks were I to send it via the forwarders, and the flight that will take me away from here for good.
Life's certainty of changes is about to take another pendulous swing in mine, and the lives of the ones who are dependant on me. The uncertainty of what those changes will bring is the source of a second round of restlessness, though I know that by all discernible means, this should be a change for the better. I will be flying one of the world's finest medium lift helicopters. I will learn to fly in poor weather with reference to my instruments and trusting to surrender the controls to the autopilot.  I won't even be dressing up in the traditional airline pilots uniforms as the company issues nomex flying suits to the aircrew.﻿﻿﻿
﻿﻿
﻿﻿
﻿ ﻿

So if all is as good as it heralds itself to be, what is it that has me second guessing myself? It's the perennial fear that I may have yarned myself a rope up out of the frying pan only to slide into the fire. But whatever comes I must face it as I have already signed 5 years of my life away during the ground school phase. It's too late to back out and I don't want to go back to the general aviation world.
Sigh.
﻿﻿
Let's see what happens as I cross each bridge ahead and I pray that they are not suspended over a boiling lake of lava.
Posted by hobbit1964 at 6:54 PM