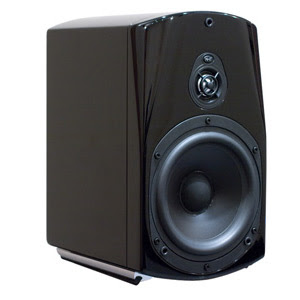 Here are some comments left by knowledgeable readers of Malaysia Today in response to " Singapore Armed Forces Conducts Readiness Exercise":
(a) A War is not always about the HIGH TECH gears.... Its about the Heart and True Patriotism. If the Polis only attack armless citizen, and SHOT people carrying a walking stick.... Multiply to a Solider at war, will start flee when The real Bullet storm....
See the Sargent of our Army force---- to the ----- so called Generals.......... all are way over weight.... How to fight?
(b) And the Government readily threatens to use army etc against the rakyat just because the rakyat wants free and fair elections. Weird
(c) WHAT!!! No Submarine? How to win???
OMG!!! I pray most fervently that this isn't a reflection of Malaysian intelligence, for if it is, we are doomed.
Then we have these in response to "Mindef says RM493.3m additional budget necessary to ‘maintain’ Scorpene subs":
(a) Heck, nowadays when we buy a car, we get maintenance free for 3 years. Now we just got hold of our 2 submarines and we forgot to ask for maintenance free. So let the taxpayers foot another RM500 million. Something is wrong somewhere folks. We can lose a jet engine. Wouldn't surprise me if we lose one submarine or two. I don't know whether to laugh or cry.
Really? I bought my Vios brand new, and it's still under hire purchase. All the calendar maintenance is charged separately. Where's the 'free' bit? Now I don't know if I should laugh or weep.
(b) JUST SELL IT LA... go and MAKE YOUR RM100m commission la.
WIn WIn for u and Rakyat.
The sub cannot sink anyway... in case of wars, I'm 200% sure that Malaysian Army will surrender within days.
The common denominator running through these and many more of the comments responding to the articles is the bloody vein of disdain the writers have for the Malaysian Armed Forces.
The Malaysian Armed Forces is apolitical by function. They serve the people under orders from the Supreme Commander which is our King.
First and foremost, I love reading MT. Having served the government for more than half my life, I see in MT's revelations a reflection of the cheating and fabrication I have witnessed as an airborne taxi driver for our Executive. And the comments under the MT posts reek of people who are dying to take a swipe at the government for the repetitive acts of ineptitude it has exhibited. I will not blame these guys, because this is the only avenue they have for self expression.
But let's get over the submarine that can't sink already okay? It was just ONE incident when the ballast tank pumps were unserviceable and it inadvertantly found its way into the news. It then became the new "missing fighter jet engines" joke for the Malaysian public. The navy made the decisive smart move to declare the sub unserviceable, for better not to submerge than for that same pump failure be unable to empty the ballast tanks and the submarine fail to rise, thereby poisoning all hands underwater.
Get past it. Keeping on with that stale issue is like being an old nagging spouse who will NOT let go if his/her partner's transgressions. Does this help the relationship? That the submarine sailed underwater from France to Malaysia seems absent.

Please read: http://securemalaysia.blogspot.com/2011/03/so-if-you-say-it-still-cannot-dive.html
I tried to register on MT so I could speak my piece but it was a long winded pay-first-before-registration, and through PayPal too. Defeated, all I have is the futility of my blog to rant in.
Now hear this:
The Malaysian Armed Forces is apolitical by function.
We have never engaged against civillians except during the May 13 riots when the police could no longer preserve public order, and yielded control to the army to disperse rioteers. Just once. For the hold over public order is a grip that the police do not want to yield ever again. That is why they kept it tight during the Reformasi days.
But sigh...in this country where the war was fought secretly while the rest of you slept in your beds, you have not learned to tell a soldier from a cop.
The striking new wisdom post Bersih 2 is, that while we can look upon you free peoples who braved chemically laced water cannons and tear gas and the truncheons as our heroes, the inverse seems impossible.
Interesting thought, isn't it?
We are in demand by the UN as peacekeepers as we have always conducted ourselves professionally in armed service. We have never been afraid to face the enemy whether those who terrorised our people from the jungles as commies or in foreign lands where lives of innocent civillians were under threat . We have lost men overseas in keeping our assigned watch over people not equipped for the job. For those who watch run after re run of Blackhawk Down on astro, please do not think for a second that the actual story of the ambush in Baqarra Market was what was being depicted. The true story is that nobody wanted to rescue the ambushed American soldiers because it was too risky. Only the Malaysian soldiers would go on to a ferocious gun and bayonette battle to successfully extricate the Americans after a dusk to dawn combat engagement.
Please read http://war-story.blogspot.com/2009/12/sabung-nyawa-di-mogadishu.html
We performed, in Congo, in Cambodia, Bosnia and Acheh. We were called upon to serve in the Ivory Coast a few years ago but we had to turn it down because we needed the Nuris here to serve the nation's needs. We still serve to guard against Somali pirates in the Gulf of Aden.
The point is this: that our soldiers have died for the people, preserving peace, so that you can go about your business, even if it is to tar us with the same brush used against politicians.
We need the right hardware so we can do our work. Often in the past, matters were much worse in that we were told to accept stuff we didn't want just because a deal had been inked by the powers that be. And flying these machines, our boys have died. We are just asking for the right stuff. What shadiness takes place outside of our hands, is just that. Outside of our hands.
You may have a tiff with the boss, who in all possibility is an arse. Your differences with him is no fault of the guy who watches the gates in the interest of the company. It doesn't make you a better man if you spit on him as you exit the premises.
Please do not scorn the soldiers who have died, and who may die for you without you even knowing it.
I wish these armchair military analysts would pick up a rifle and stand sentry along the extensive hostile borders of this nation and know what it is to really serve your country; yes, a country that will most determinably forget that you stood to give your life for many.
Posted by hobbit1964 at 4:52 PM